This page will be updated as more faculty members are
confirmed for the 2021 Atlanta Writing Workshop. 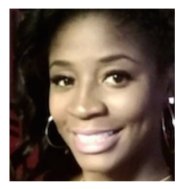 Tara Bailey is the founder and CEO of Bailey Publishing House.

At the 2021 online MN Writing Workshop, Tara is meeting virtually with writers for add-on manuscript critiques.

Tara is a ghostwriter and author of Dracula of the West Side and Number Seven (2018). She’s the author of the dark comedy play, “Deadbeat” (2017). The play premiered on May 21, 2018 at the Pittsburgh Playwrights Theater, downtown Pittsburgh. The production was produced by Wali Jamal Abdullah and directed by Kim El.

She was the featured speaker at the Celebration of Reading in June 2017 and Pittsburgh’s Write On: Black Book Expo in November 2017. Along with speaking at book festivals, BPH hosts an annual writers workshop. She’s been a featured guest on WAMO 100 radio programs and Soul Pitt Quarterly wrote an article about her company in Summer 2017 edition. In addition to her commitment to BPH, she is also Editor-in-Chief for a personal care home monthly magazine in Pennsylvania.\

She is currently a writing coach and editor. At the 2021 online ATL workshop, she is offering add-on manuscript critiques for attendees.

Laura is a fiction writer, PhD student at Florida State University’s creative writing program. She was previously an editor with Gulf Coast Journal.

She is a self-proclaimed lover of quirky humor, trees, & the stars.

Heather Cashman is a literary agent with Storm Literary.

At the 2021 online ATL workshop, Heather is teaching a class on Voice. She is also meeting with attendees for one-on-one virtual pitches.

Heather has always loved literature. Surrounded by books from her earliest memories, she read picture books, biographies, poetry, and all genres of fiction. While she devoured any book that told a good story and introduced a new world, she especially loved the ones that made her want to be the heroine of her own life.

As Heather grew up, her work in Biochemistry inspired her imagination for creating worlds. Writing for enjoyment turned into an interest in improving craft. Heather has always loved meeting authors and working on their books as a collaborative partner. She was a professional editor for Cornerstones Literary Consultancy, editing middle grade, young adult, and adult books. She’s also helped authors by working as Managing Director of Pitch Wars, #PitMad, and Pitch Madness, as well as being a Pitch Wars mentor.

Before becoming Associate Literary Agent and Agent Mentor at Storm Literary Agency, Heather interned for three years at The Bent Agency and Entangled Publishing. She’s helped authors from the pre-query stage to acquisitions, and she’s also worked as a freelance editor and consultant for traditional and non-traditional publishing. She’s excited to continue helping authors as their agent.

For MG and YA fiction, she’ll consider all genres and loves a good genre splice. For MG and YA nonfiction, anything that takes her back to those days in the library when she wanted to learn about someone, something, and somewhere new.

For all writing, Heather enjoys unique characters formed from their own experiences in a unique world. The characters need to feel real with a distinct voice from the first line. Thematic elements and strong character arcs are a must. She loves commercial fiction that has a literary flair and inclusive books that bring us together as citizens of the world.

Eva Scalzo is a Literary Agent with Speilburg Literary.

At the 2021 online ATL workshop, Eva is teaching a class on query writing. She is also meeting with attendees for one-on-one virtual pitches.

Eva  was born in New Jersey, but has lived in Houston, Buenos Aires, San Juan, and Boston before settling down outside of Binghamton, New York. She has been reading romance since the fifth grade when she discovered the Sweet Valley High series. On inheriting her grandmother’s collection of vintage Harlequin Romances, she set a goal to someday finish reading them all on top of her already massive TBR.

Eva has a B.A. in the Humanities from the University of Puerto Rico and a M.A. in Publishing and Writing from Emerson College. Since graduating in 2002, she has spent her career in scholarly publishing, working for Houghton Mifflin, Blackwell Publishing, John Wiley & Sons, and Cornell University in a variety of roles. She has been with Speilburg Literary since 2013, and started accepting clients in 2017. Eva is a member the AALA (formerly AAR), RWA, and SCBWI.

Leticia Gomez is a literary agent and the founder of Saavy Literary.

At the 2021 online ATL workshop, Leticia is teaching on different publishing avenues for writers. She is also meeting with attendees for one-on-one virtual pitches.

Leticia has been working in the publishing industry for more than two decades. During this span of time, she has published her own newspaper, authored and published three books, edited numerous fiction and nonfiction manuscripts written in both English and Spanish that have gone on to publication. Thus far in her career as a literary agent she has placed close to 200 books with independent and mainstream traditional publishers.

At the present time, Savvy Literary Agency is interested in reviewing compelling and commercially viable book proposals and manuscripts written in English or Spanish in the following genres:

In January of 2007, she launched Savvy Literary, becoming one of a highly select group of agencies in the world that specializes in the Latino book market and offers literary representation in English and Spanish. Since its inception, the agency’s prime directive has been to professionally, diligently, and tirelessly represent Latino and other ethnic minority writers since oftentimes they are misrepresented or worse yet not represented at all in the publishing and film/television industry. Although Savvy Literary has evolved through the years and is now an industry leader by also specializing in Business and Self-Help, Suspense/Thriller, and the Young Adult market, championing the work of minority authors continues to be a top priority for the agency.

In partnership with Ascendant Group, one of the leading branding and marketing firms in the nation, Leticia offers an even greater level of support to aspiring authors. As president of the company’s entertainment division, she has distinguished herself as a literary/film/television agent who can communicate effectively with the authors she is representing. She has helped her clients secure deals with the largest publishers in the world. In addition, she has seen several of her projects successfully optioned for TV and film rights. She is currently an Executive Producer for Bridges, an independent feature-length film starring Chris Routhe. Blending her experience as an author, literary/film/television agent and acquisition editor, she is now truly excited to spearhead her very own Hispanic book imprint Café con Leche Books (www.cafeconlechebooks.com).

Carlisle Webber is a literary agent at Fuse Literary.

At the 2021 online ATL workshop, Carlisle is teaching a class on what happens after you get an offer of representation from an agent. She is also meeting with writers for virtual one-on-one pitches.

Carlisle refused to major in English in college because she didn’t think there was anything fun to read on the required lists. No Stephen King? No R.L. Stine? No thanks! After college, she took her love of commercial, YA, and middle grade fiction to the University of Pittsburgh School of Information Sciences, where she earned a Master of Library and Information Sciences. She worked as a public librarian for years before deciding to move to the business side of publishing. She attended the Columbia Publishing Course and holds a Professional Certificate in Editing from UC-Berkeley.

Carlisle is looking for: high-concept commercial fiction in middle grade, young adult, and adult. If your book is fresh and exciting, tackles difficult topics, reads like a Shonda Rhimes show, or makes readers stay up late turning pages, she’s the agent for you.

Diverse authors are encouraged to submit their fiction. Within the genres she represents, Carlisle is especially interested in stories by and about people of color; with both visible and invisible disabilities and illnesses; who are economically disadvantaged; who are gay, lesbian, bisexual, transgender, or queer; or who are members of religious minorities. Take a look at her manuscript wish list. But if you don’t write exactly what’s on her list, don’t worry! She’s happy to look at any work that falls into the categories she represents.

Ricki Cardenas is the author of two humorous women’s fiction novels, Mr. Right-Swipe (2017) and Georgia Author of the Year finalist Switch and Bait (2018), both published by Grand Central (Hachette) under the name Ricki Schultz.

She’s currently working on a Young Adult series. Among other publications, she has contributed to Writer’s Digest Books, and she is also a freelance editor. She earned a B.A. in English and an M.Ed. in Secondary Education from John Carroll University in Cleveland, Ohio, and she’s taught English for most of her adult life. She lives in Atlanta now with her husband and two beagles, and her writing is represented by Barbara Poelle of Irene Goodman Literary Agency.

At the 2021 online ATL event, the popular Ricki will be critiquing manuscripts for many different categories. 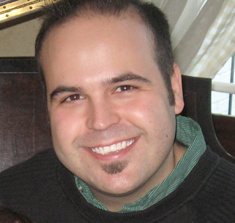 Brian A. Klems (@BrianKlems) is the former online editor of WritersDigest.com.

He is the coordinator of the 2021 Atlanta Writing Workshop. At the event, he is offering query critiques as an add-on for attendees.

His blog during his tenure there, The Writer’s Dig—which covered everything writing and publishing—was one of the largest blogs in the writing community.

Brian’s first book, Oh Boy, You’re Having a Girl: A Dad’s Guide to Raising Daughters (Adams Media) was released in 2013. It received high-level buzz and praise from some of the funniest writers alive, including Dave Barry and Bruce Cameron. Brian is also a proud graduate of the Ohio University E.W. Scripps School of Journalism, a husband, softball infielder, perennial fantasy sports underachiever, and father of three lovely little girls.